For sale: scroll down for full descriptions, photos and video 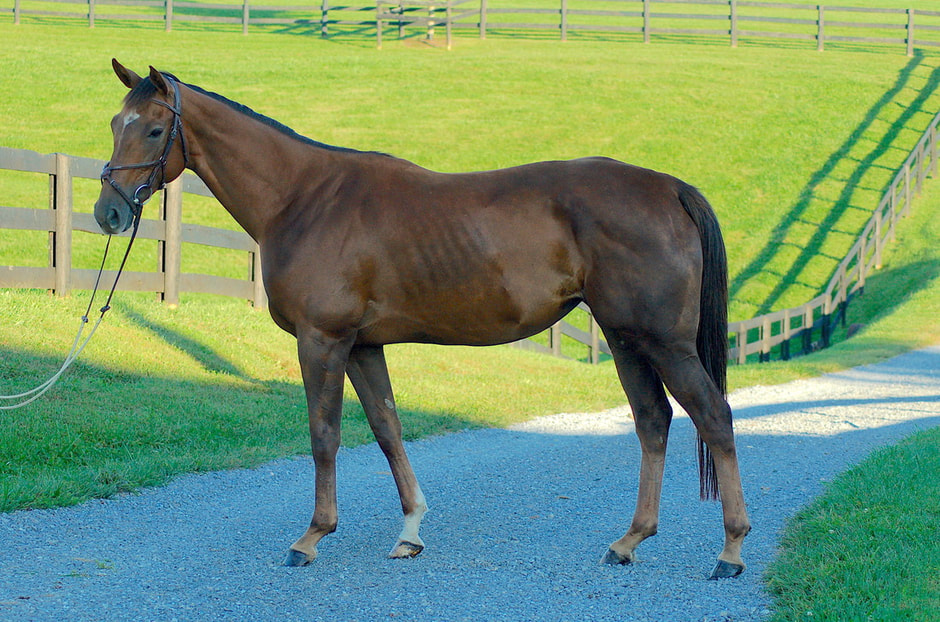 For sale or lease: "She's All Even"
​(2012 liver chestnut TB mare by Stephen Got Even / Loxinia-Came Home-Gone West)

"Eve" has been a pleasure to work with!  Inner Bay acquired her for the RRP from NY state, where she ran and won at Aquaduct, Belmont,  Saratoga, and Finger Lakes.  Eve is a big horse in a tidy 15.2  package.  She has a sweeping walk, a powerful trot full of suspension, and an effortless, oversized canter stride. All in balance, without being hot, or fussy at home or away.  Eve is brave and careful in the show ring, with many clear rounds.  She was declared for the 2020 TIP Championships in KY...and we plan to compete there in 2021.  Joe Fargis says about Eve: "There's something real nice about her.  She jumps in perfect form."

Lease: On site only / Sale: Inquiries welcome, especially if she can remain in our program.
"As Di Amedea" (Sold)

Amy's athleticism, willingness, and good mind have landed her in a dressage career!  We look forward to following her progress!
​​15 Hanoverian filly “As Di Amedea” (As Di
(2015 bay mare by As Di Villagana / Camille xx-Prize Ring)

HAN inspected  at Hilltop Farm 7/23/18 and approved for breeding  with a mare Performance Test  free jumping score  of  7;  eligible Premium status on completion of the under saddle portion of MPT.
​
Amy's dam Camille only throws pretty offspring!  Amy is Camille's third foal by Grand Prix jumper, As Di Villagana.  As Di won over $250K in prize money in his career with Eduardo Braun and Pato Muente, representing Argentina in Nations Cup Competitions.   Sold to amateur rider Laura Linback, he won the 100K Toyota Grand Prix, at that time, the finale to HITS Ocala. He has sired many approved Hanoverian sons.

Amy was Reserve Champion 4 yo in the Freejumping at the 2019 Young Horse Show Finals in Tryon. (Half sister Eden Glen was 2 yo Champion). 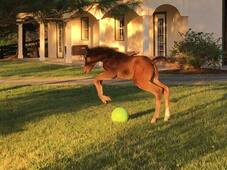 Eden Glen is a very correct and strongly built filly, Hanoverian registered, eligible for Hanoverian futurities. Eden loads, ships, clips, bathes, and stands for the farrier. By the end of the 2019 season, she will be lightly backed.  USEF-USHJA recorded, and microchipped.

Her dam, Camille, an American Thoroughbred, was the top scoring outside mare at her HAN approval in 2010.   Camille's dam, Crystal Glen, was a successful junior jumper and open speed horse, approved for breeding by the Selle Français with rare bloodlines including Boran, the sire of Laudanum (more info).  Camille's sire, Prize Ring by Buckpasser, produced multiple USEF hunter champions; his full sister Pass a Glance, was the dam of a 1.60 jumper per HorseTelex.  Camille other offspring include a winner on the line who went on to the jumper division, a WEF hunter Ch, and is grand-dam of a top jumper prospect out of this filly's half sister sold to an Olympian in CA. 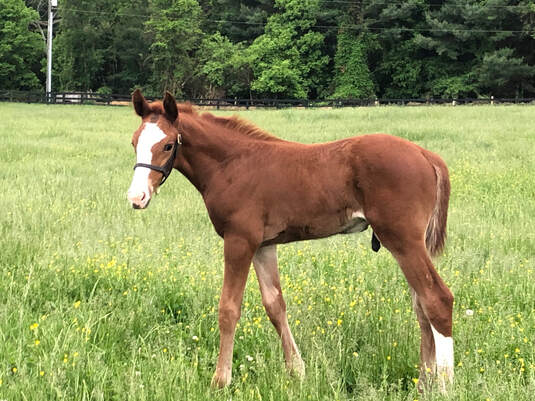 One of the first Nixons in the USA! 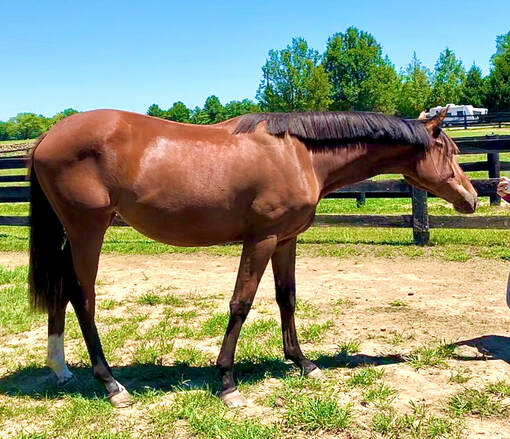 Dam, As Di Amedea is full sister to As Di Ani Z, winner on the line at Upperville and herself the dam of 4 yo champion Cougar Trail (CA); full brother Atherstone (As Di Valentia) is a Large Junior Hunter 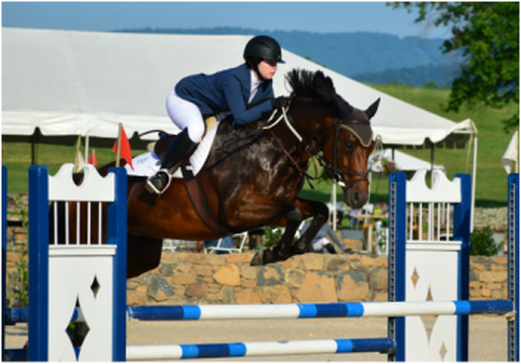 As Di Ani Z (Not for sale: Ask about custom breeding options this season or next)

Top prizes at Upperville and Warrenton in Hunter Breeding as a yearling and two year old. Very careful jumper !  Dam of Cougar Trail by Jaguar Mail, sold to CA, now jumping 1.20.   Full sister to show hunter "Atherstone," (2010 gelding) owned by Olivia Harvey of GA, aka As Di Valentia, formerly owned by Bill Schaub/Over the HIll Farm (WEF winner/Res.Ch) and to 2015 HAN filly, As Di Amedea.
Looking for something else? Call and let us know.  We'll be happy to help you find what you're looking for
Scroll down to see some of the horses we have either bred and sold or found for clients and/or other professionals.. 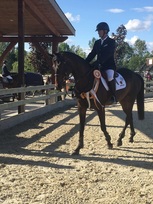 Cougar Trail and Will Simpson won the 4 yo jumper championships at Thunderbird in May of  2016. 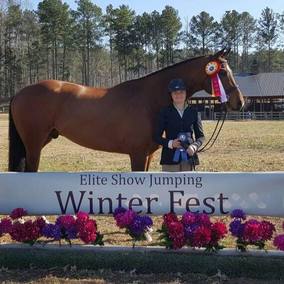 SOLD (2015 full sister, As Di Amedea available for purchase, above)

Homebred As Di Valentia (2010): to Diane Halpin, then to Bill Schaub / Over the Hill Farm, where he began his performance career in the hunter division with a WEF win and reserve championship.

Now called "Atherstone," he is owned and loved by Olivia Harvey of GA.   Full brother to As Di Ani Z (2008) and As Di Amedea (2015), Atherstone is developing beautifully and looking like he will be a very fancy junior horse!

Helicon Corinna sold to Gabby Hero, who placed in the top-ten large green at USEF Pony Finals.
Update: Gabby, who started in our deadline program, went on to have a successful junior equitation career under Frank Madden..  We wish her luck in the future and were happy to play a part in her story! 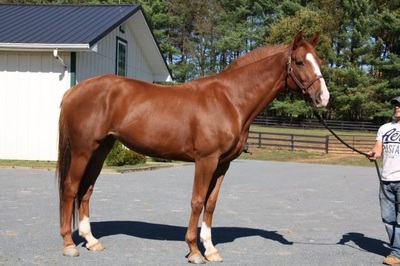 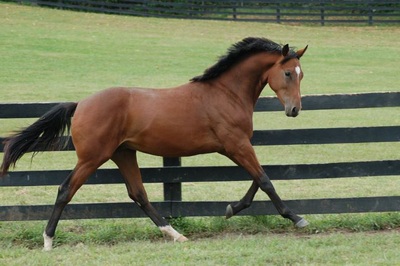 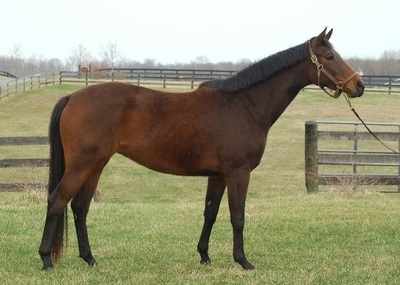